All superheroes are the best in their field and owner of amazing powers.

Spider-Man is a superhero of Marvel Comics. The Spider-Man character was created by writer-editor Stan Lee and writer-artist Steve Ditko.

Wolverine is a one of Marvel comic’s most popular superhero.

Batman is a wealthy American playboy and owner of Wayne Enterprises. After seeing the murder of his parents Dr. Thomas Wayne and Martha Wayne in childhood. Batman swore vengeance against criminals, an oath tempered by a sense of justice.

The origin story of Wonder women relates that she was sculpted from clay by her mother Queen Hippolyta and given life by Aphrodite, along with superhuman powers as gifts by the Greek gods.

The origin of Hulk is from a blast of gamma rays, a boy(Bruce Banner) who came in the range during the blast becomes the Hulk.

Comic Book Characters Green Lantern is the name of several superheroes appearing in American comic. With the extraordinary powers they fight with evils.

Captain America was the first Marvel Comics character to appear in media outside comics with the release of the 1944 movie serial, Captain America. Since then, the character has been featured in other films and television series. 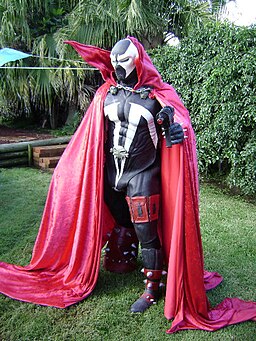 The first issue of Spawn was very popular with sales of 1.7 million copies.

Deadpool is aware that he is a fictional comic book character. He commonly breaks the fourth wall, which is done by few other characters in the Marvel Universe, and this is used to humorous effect.